Does Religion Have Any Place In Science and Engineering Research? 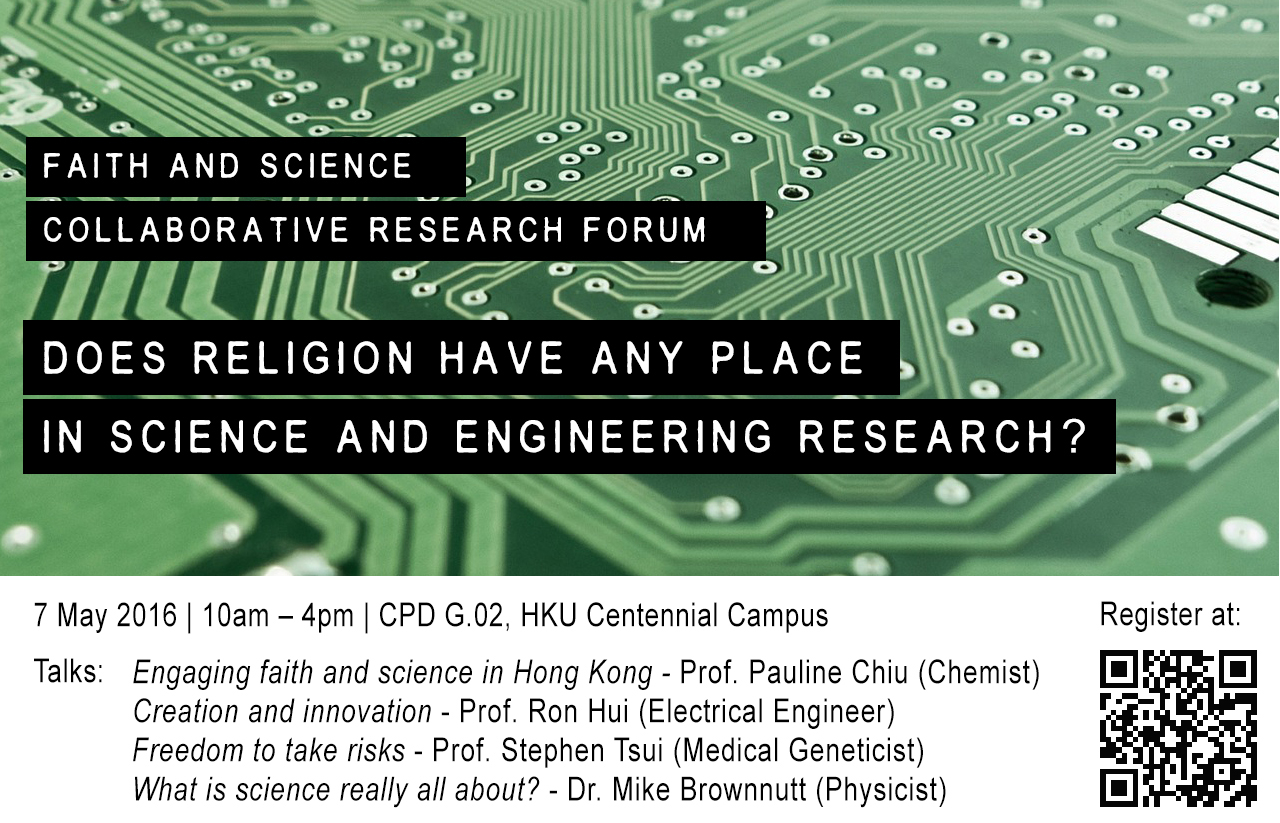 Science and religion have had had a long and complicated global history of engagement. This has been shaped by a combination of factors inherent to the particular areas of scientific and religious activity involved, as well as by the prevailing historical and cultural contexts. In Hong Kong, academic scientists are more religious than the general population. Despite this, the political, religious and scientific history of the region means that engagement between science and religion in the academy is relatively in its infancy, compared to places like Europe and North America.

This workshop brings together reseachers in natural science, social science and engineering from across Hong Kong to concider what place, if any, religion has in scientific research. This is the inaugural workshop of the newly established Faith and Science Collaborative research Forum.

Discussions are held in English, Cantonese or Putonghua, with translation available as needed.

Talks:
“What is science all about?”
Dr. Mike Brownnutt (Physicist)

Discussion:
“What is ‘success’ in Hong Kong academia?”

The workshop is open to academic scientists, engineers, philosophers, and theologians who are interested in the interactions between science and religion.