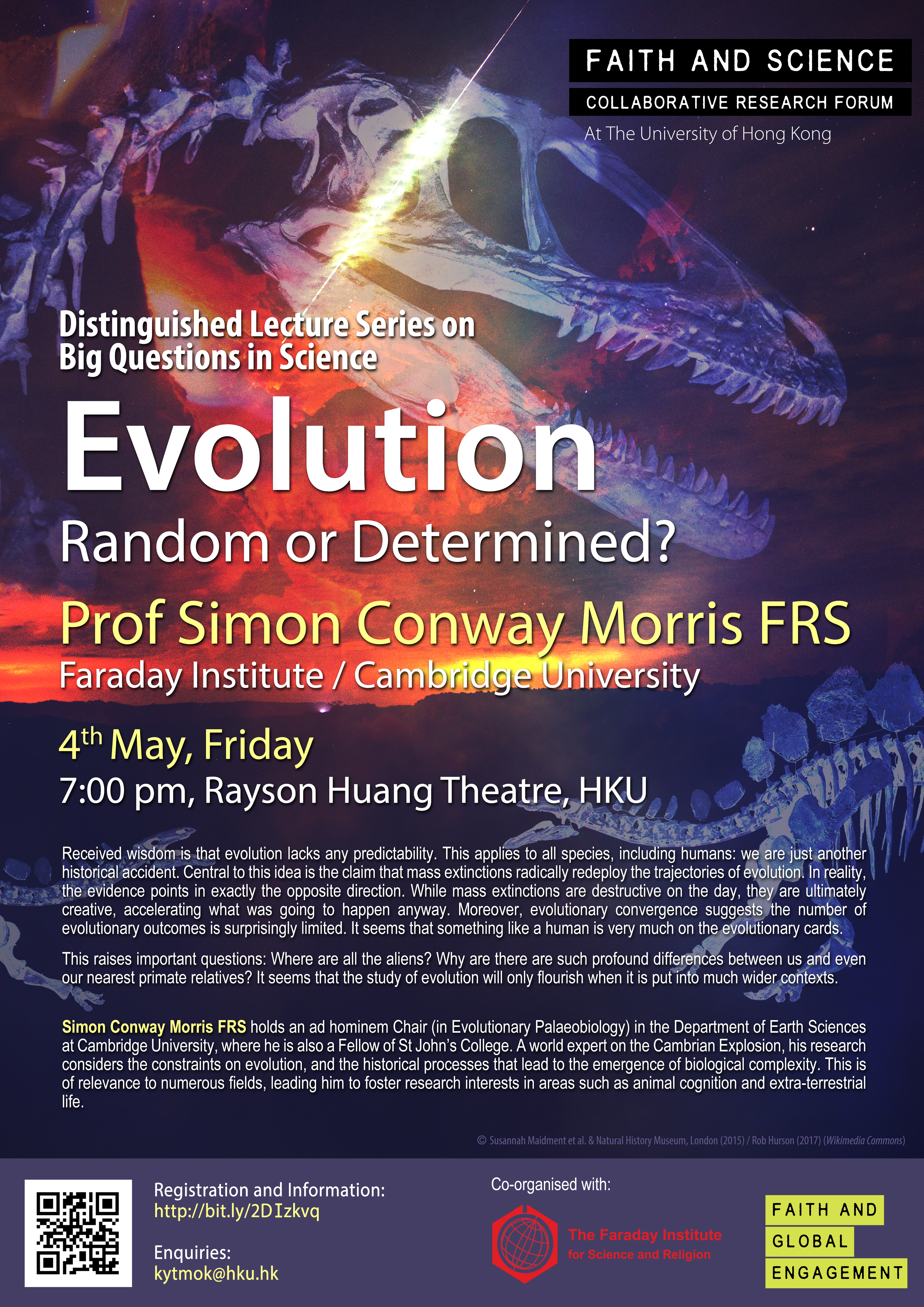 Received wisdom is that evolution is a more-or-less open-ended process, and lacks any predictability. This applies to all species, including humans. We too are just another historical accident, of no more (or less) significance than a snake or dragon fruit. Central to this supposition are not only random factors such as mutations, but the claim that mass extinctions radically redeploy the trajectories of evolution. In reality, the evidence points in exactly the opposite direction.

Paradoxically, mass extinctions are indeed destructive on the day, but viewed more widely are creative, accelerating what was going to happen anyway. Of perhaps greater importance is the phenomenon known as evolutionary convergence (as exemplified by the close similarity between the eye of an octopus and ourselves) which suggests that the number of evolutionary outcomes is surprisingly limited. Indeed, it seems likely that something resembling a human is very much on the evolutionary cards.

If so, this has two important implications. First, if evolution is so predictable then where are the extra-terrestrials? This question is famously posed as the Fermi Paradox. Second, as humans are clearly products of evolution, why is there such a profound cognitive and cultural gap between us and even our nearest primate relatives? Such questions suggest that any study of evolution will only flourish when it is put into much wider contexts.

Simon Conway Morris holds an ad hominem Chair (in Evolutionary Palaeobiology) in the Earth Sciences Department in Cambridge University, where he is also a Fellow of St John’s College. He was elected a Fellow of the Royal Society in 1990, and has received numerous awards including, in 1998, the Lyell Medal of the Geological Society of London.

A world expert on the Cambrian Explosion, his research considers the constraints on evolution, and the historical processes that lead to the emergence of biological complexity. Such work is central to palaeobiology, but is also of significance to biologists and bioastronomers, as well as the wider community. He is developing wider research interests across the entire field of evolution, including the question of animal cognition (including numerosity) and extra-terrestrial life.