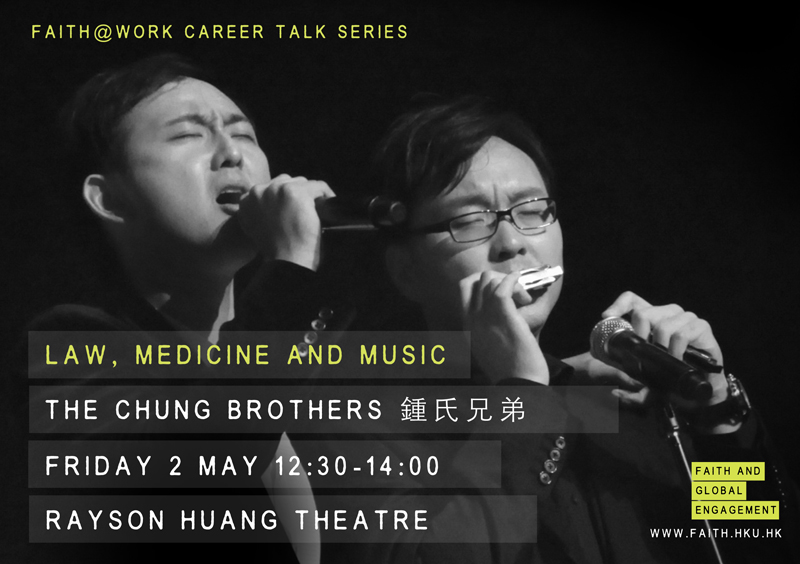 The Chung Brothers is an award-winning musical duo formed by brothers Henry and Roger Chung in Hong Kong. As a blues harmonica player in the United States, Henry was named "Top Jazz/Blues Artists" by Washington Post, while Roger is a multiple award-winning vocalist. Together, they compose and produce songs that have had a huge influence in revolutionizing Gospel Music in recent years. They are winners of the 2012 Chinese Music Awards for "Best Jazz Artist of the Year"; the 2011 Gold Album Award, and the 2012 Metro Radio "Best Album of the Year." In 2013, the Chung Brothers produced the best-selling album,"We Are One" with various gospel artists.

Aside from music, Henry is a partner at the law firm of Yip, Tse & Tang, specializing in civil and criminal litigation cases, (JD, Georgetown Univ); Roger is assistant professor at CUHK in the school of Public Health and Primary Care.