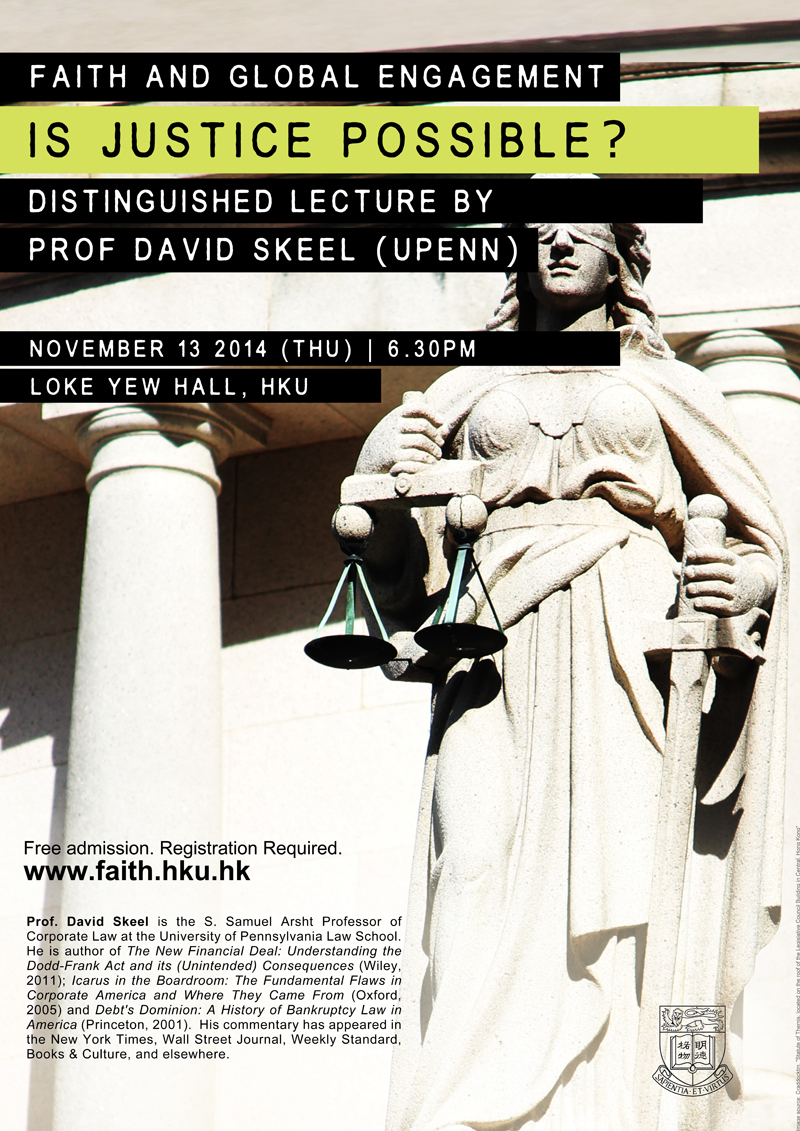 In the West, men and women have often believed that we can achieve true justice in our societies. Those in the East have been more pessimistic. Drawing on his new book, True Paradox, and on recent justice movements in Hong Kong and the U.S., Prof. David Skeel will explore Christianity's radical challenge to both perspectives.

David Skeel is the S. Samuel Arsht Professor of Corporate Law at the University of Pennsylvania Law School.  He is author of The New Financial Deal: Understanding the Dodd-Frank Act and its (Unintended) Consequences (Wiley, 2011); Icarus in the Boardroom: The Fundamental Flaws in Corporate America and Where They Came From (Oxford, 2005) and Debt's Dominion: A History of Bankruptcy Law in America (Princeton, 2001).  His commentary has appeared in the New York Times, Wall Street Journal, Weekly Standard, Books & Culture, and elsewhere.