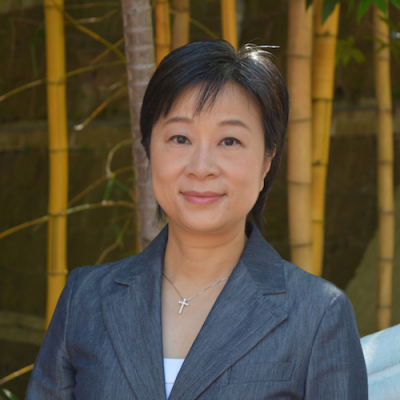 Pauline Chiu enrolled in the BSc Honours program in Chemistry at the University of Toronto.  She joined the laboratory of the late Prof. Adrian Brook to do a BSc final year thesis in 1987, and was the last graduate student of Professor Brook when she completed her Master’s thesis which was on the chemistry of silenes in 1990.  She continued pursuing her PhD with NSERC (National Science & Engineering Research Council of Canada) support under the supervision of Prof. Mark Lautens at the University of Toronto in 1990-1994, working on the organometallic transformations of oxabicyclic compounds.  Then under further NSERC support, she went on to do postdoctoral work with Prof. Samuel J. Danishefsky at Columbia University in 1994-1995, New York, working on the total synthesis of gelsemine.  She started her independent career at the Department of Chemistry at the University of Hong Kong, and she has been Professor in organic chemistry since 2011.  Her research interests are in cycloaddition and cascade reactions, and development of new methodology as applied to natural product total synthesis and medicinal chemistry.