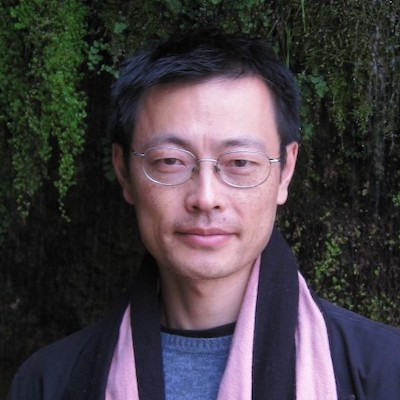 Samuel’s research so far has dealt with the origins and evolution of early Middle Eastern/West Asian traditions about the rise, collapse, and restoration of early urban civilisations and the construction of time and history in early urban societies. His publications include The Primeval Flood Catastrophe: Origins and Early Development in Mesopotamian Traditions (Oxford, 2013) and Historical Consciousness and the Use of the Past in the Ancient World, co-edited with John Baines, Henriette van der Blom, and Tim Rood (Equinox, 2019).

His involvement in modern urban research, development and education projects during recent years has led to a more interdisciplinary and cross-disciplinary approach to historical and comparative urbanism. He seeks to investigate a variety of pertinent data (e.g., archaeological, geographical, pictographic, and textual) and interact with relevant methodologies, theories, and insights from diverse fields.

While interested in the cultural, (geo-)political, socio-economic, technical, and spatial factors, dynamics, and processes involved in the emergence, growth, decline, transformation, and sustainability of historical urban forms and establishments in general, he is particularly drawn to the following areas of research:

For his main research project, he works on urban and regional planning and development in ancient Mesopotamian city-states and empires.

Focusing on early West Asia which gave rise to some of the earliest and most prominent and resilient urban civilisations, he also engages with scholars working on paralleled urban developments in other cultures for comparative studies. This covers the broader region that links West Asia, the East Coast of Africa, and Southern Europe, around the Mediterranean World (e.g., Egypt, the Levant, Anatolia, Greece, and Rome), from the rise of urban clusters in Southern and Northern Mesopotamia (ca. 3,500 B.C.) to the end of Late Antiquity (ca. 700 A.D.). The comparative scope could also be extended to urban developments in South Asia (e.g., India), East Asia (e.g., China), South America (e.g., the Norte Chico Civilisation), and Mesoamerica (the Mayan and Teotihuacan civilisations). He welcomes collaboration with experts across disciplinary and sectoral boundaries to bridge the gap between the past, present and future in urban establishments, to enhance our understanding of the development of urban civilisations globally, and to promote discussion on and engagement with modern urban development within the context of the UN Sustainable Development Goals.

Prior to joining the University of Hong Kong, Samuel was Research Fellow in History of Civilization at Wolfson College, University of Oxford. He has taught the histories, cultures, and languages of four West and East Asian civilizations as well as global history in general. He was also Research Fellow at the University of Oxford Network for the Future of Cities where he has been involved in major international urban projects, such as Urban Transformation and PEAK-Urban. He has 20 years of experience managing a variety of international projects, in collaboration with leading research institutions and professional organisations, in major Chinese (Beijing, Changsha, Chengdu, Shanghai, and Shenzhen), UK (Edinburgh, London, and Oxford), and US (Boston, Los Angeles, San Diego, and Washington, D.C.) cities, many of which are related to sustainable urban development, especially in the areas of urban infrastructure, transport, and heritage.